Test to be removed later 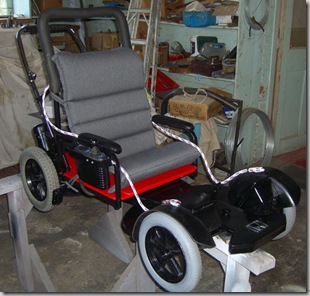 Posted by Don No comments:

The following is my interpretation of the Victor Campbell sketch titled ‘View from Mt. North of Boomerang Glacier showing route we first proposed taking’. The sketch resides in the Victor Campbell Archive held in the Queen Elizabeth II  Library at the Memorial University of Newfoundland.
From Campbell’s diary we know that on 19 January, 1912 the Northern Party was  blocked from preceding any further up the Browning Pass by steep ice falls.   Here, Campbell and Priestley climbed the north side slopes to obtain a better view of the way ahead.  The sketch  drawn during the climb shows  the view looking NNE towards Mount Melbourne.
The writing on the sketch starting from the top left and rotating clockwise is:
I determined the position from where the sketch was drawn using Campbell’s diary entry for the15 January, and using Google Earth  to  match some of the features from the sketch to features in the satellite photographs.  The following image demonstrates the method used.
This Google Earth image shows Mt. Melbourne (top right), the top of the Browning Pass, and the Boomerang Glacier (bottom left). Marked on the image are four points from the sketch( yellow pins), the angle of view (blue triangle), and the area obscured by higher intervening land (green free hand enclosure).

The position from where Campbell made the sketch is indicated by the apex of the triangle.  From this location Campbell is looking across some high land and sees ice-falls and broken ice (centre of Google Earth image outside the green enclosure, but inside the blue angle of view line), then Mt. Melbourne, just as he sketched.

From this position, it is possible to check what  Campbell and Priestley could have seen or more importantly what they could not see.  Once again, using Google Earth and looking at the elevation of intervening land, I have been able to plot  the approximate area that was hidden from their view.  This was done by drawing lines radiating from their position and  studying cross section elevations.
One such plot is shown using the ‘Show elevation profile’ option in Google Earth.
The line marked Visible1a and 1b is drawn from Campbell’s location. The elevations along this line was generated within Google Earth.  On the elevation plot, a line is drawn from Campbell’s position touching the next highest point and extended out until it again touches land (sea in this case).  These two points are then marked on image (balloons with numbers). The space between these two points is hidden to the observer.


As shown in the next image, repeating this process allows the plot of the area that was not visible to Campbell and Priestley because of the intervening terrain.
The green enclosure is that area hidden from view and again the apex of the triangle is their position.  The inner green plot encloses some elevated terrain that would have be visible.

My Conclusions
First, the sketch was drawn on 19 January, 1912.
Secondly, looking at the area that was hidden from them, it can  be seen that from their position:


Thus even though they were now much closer to the glacier, they had nothing to indicate that their first impression on leaving the Terra Nova  was wrong.  They still thought, as shown on the map, that a large glacier flowed from Mount Melbourne, around the west side,  down the pass they had just travelled along, then joint with other glaciers exiting to the sea at Hell’s Gate or beyond.  They were under the impression that for the last few days they had been on this glacier they referred to as the Melbourne Glacier.
Posted by Don No comments: